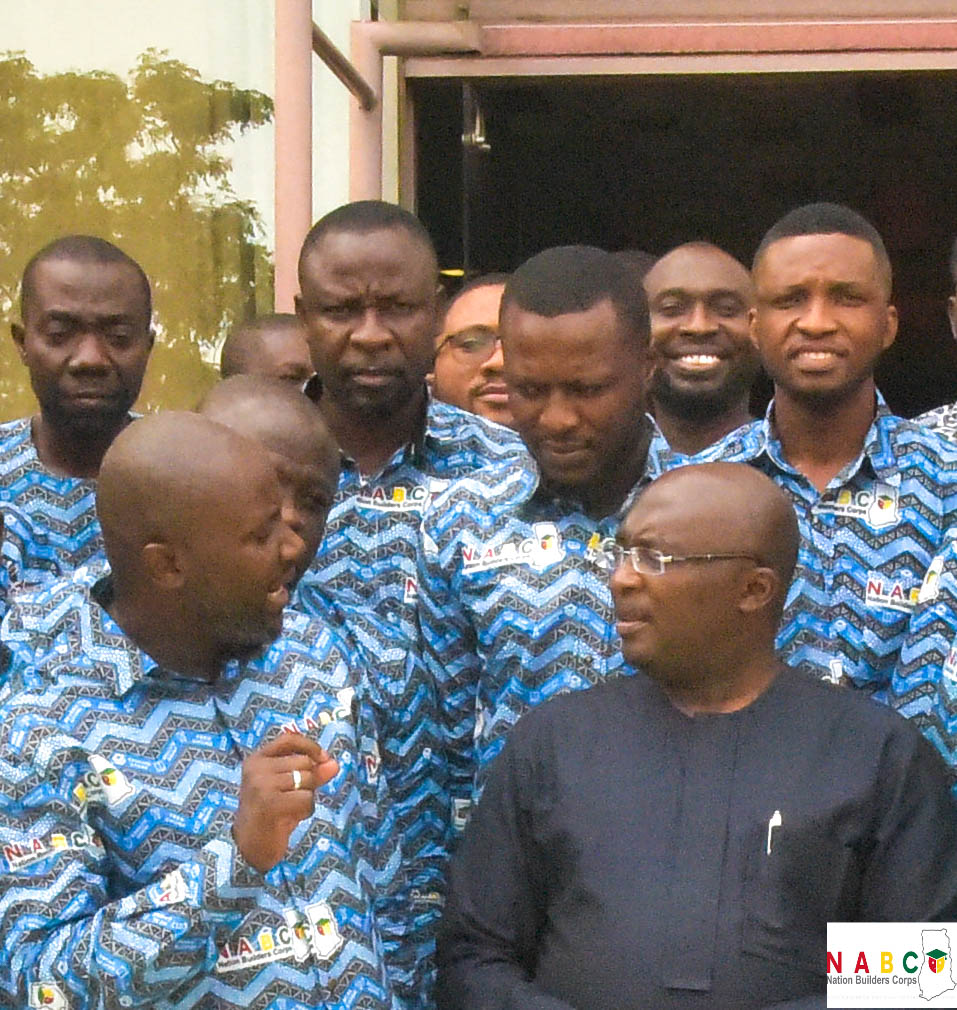 Following the nationwide monitoring visits to all regions across the country, the leadership of the Nation Builders Corps (NABCO) led by the CEO, Dr Anyars Ibrahim paid a courtesy call on His Excellency the Vice President Dr Mahamudu Bawumia at his office at the Presidency, Jubilee House.

The purpose of the meeting was to brief him on the CEOs tour of the country, the state of the programme, as well as the outcome of the just held NABCO-Module Implementation Partners Dialogue on Monday July 8, 2019. This visit was also an opportunity for Dr Anyars to introduce the dedicated management team of the scheme from all the regions to His Excellency the Vice President.

During the discussion, Dr Anyars also took the opportunity to introduce the NABCO online learning platform to be launched shortly, dubbed The NABCO Talent Academy, to His Excellency the Vice President. 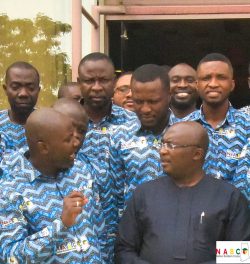 On his part, the Vice President Dr Bawumia highlighted the extent to which the government was committed to the NABCO Programme. While commending the NABCO Team for their sacrifice and zeal to see the flagship policy succeed, he also assured them of the unflinching support of the whole government led by His Excellency Nana Addo Dankwa Akufo-Addo, the President of the Republic of Ghana.

The Vice President reiterated the President’s words, that NABCO has been a success considering the scale and the impact it is having in the lives of all these 100,000 hitherto unemployed graduates.

The jubilant team extended their appreciation to the leadership of the nation for the huge investment in the human capital of this country. Stating that there is no district in Ghana today that is not benefiting from this flagship initiative.

Notice to all NABCO Trainees